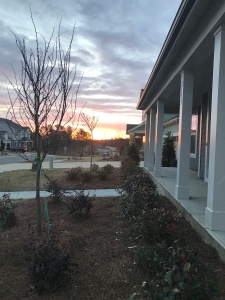 The greatest gift we receive is the ability to start fresh every day.  I love sunrise.  It reminds me of this truth.  After traveling to California a few weeks ago I got sick.  Like seriously sick.  Sinus, ear and chest infection.  Today is the first day I got to go back to the gym.  It wasn’t stellar, but I showed up and I feel so much better for having done so.

I have been mentally blogging for the last two weeks, but not actively doing so on the keys.  I just didn’t have the umph to write, or do much of anything else.  Now that I sit here looking at the screen I cannot remember all the amazing epiphanies I was having in my mental posts.

The last two weeks I have been so seriously off my game.  My eating went to hell in a hand basket.  Though my portions are still relatively controlled, I certainly ate whatever I wanted whenever I wanted.  Sometimes to an uncomfortable level for sure.  The surgery that I had, Duodenal Switch doesn’t generally come with a helping of dumping syndrome.  Which basically means my body doesn’t reject food based on it’s contents.  Sometimes with gastric sleeve or a straight bypass, the body will not accept foods with high sugar or high fat contents and it “dumps” them right out of the body, making the person very sick, which reminds them to get back on track.  My body does not do this.  So, when I eat like crap, I just eat like crap and I may feel yucky, but guilt is more the outcome.  And I’ve had my share over the last few weeks.

Fortunately, the scale didn’t blow up.  I think I gained a pound overall, but that’s not the point, nor the only indicator I follow.  I didn’t feel good.  Period.  And that’s not how I want my relationship with food to be.  So, I’m taking some steps to really start working on my relationship with food.  Not just smaller portions, but choices I make along the way, day by day.  I have decided to join Weight Watchers.

I like their program, generally.  I think it’s a health approach to eating and it’s kind of like a game of points.  I have worked WW through the years, and always had success as long as I was “on plan”.  I remember years ago starting out with a really high points balance because I weighed so much, always panicking at what I would do when my points were in the 20’s and then I’d laugh because deep down I never really believed they would be.  Low and behold, when I signed up yesterday and added my “starting weight” of 202.8 my points available for the day was at 23.  For the day.  I was stunned.  Really.  Not that I think I can’t manage on that – that’s plenty of points when healthy choices are being made, but whoa.  I’ve come a long way, baby!  🙂

I like the idea of accountability on the scale.  I tend to behave better when I know someone is going to weigh me week after week.  There’s just something about that moment.  I don’t get nervous, but I am a high achiever and like praise generally.  So, losing a little, even if it’s ounces, week to week is very motivating to me.  And the classes and information given by the leaders has always been something I really enjoy.  Just having the support of people who are trying to do better in their lives is helpful energy to be around.

This past weekend, when the decision to take back control occurred, we were in Charleston for my daughter’s 18th birthday.  She’s such an amazing young woman.  Sweet, caring, funny, even has a little bite to her humor, which I love.  She’s smart and truly concerned about others well-being.  She’s terrified to be 18.  She is slightly terrified of the world at large and she’s not sure she’s ready to jump in to the adult part of it just yet.  Which is fine by me, at least for a little longer.  We had a nice time overall.  It wasn’t the trip I would have taken (we didn’t spend any time downtown other than visiting the aquarium) but it wasn’t my trip to take.  It’s where Kenzie wanted to spend her birthday.  And she had a wonderful time. 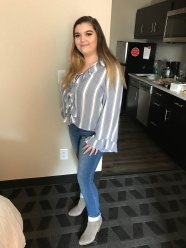 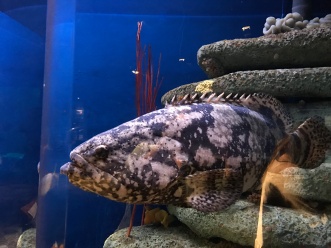 Other than that, we’ve just been getting settled in the new house and enjoying the comforts it offers.  It was lovely last weekend and I spent a good deal of Saturday out on the back patio enjoying the view and the fireplace while I was healing. 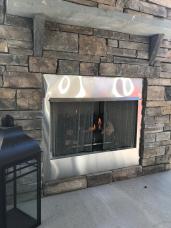 And, Kenzie and I finally broke in the kitchen by baking cookies.  Our new neighbor, Jodi, provided us with the cookie base in a jar, we just added the wet ingredients.  So weird to cook at sea level.  No extra flour, no extra time to make up for the altitude and they came out light and fluffy.   So much fun. 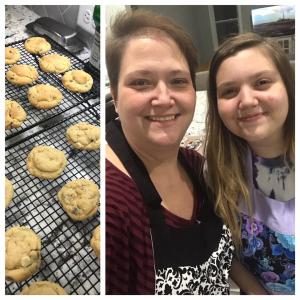 I’ll try to be more regular on here, writing helps keep me accountable as well.  I’m just happy to be back on track and catching myself before I slid too far down the ropes!

One Reply to “Begin again…”